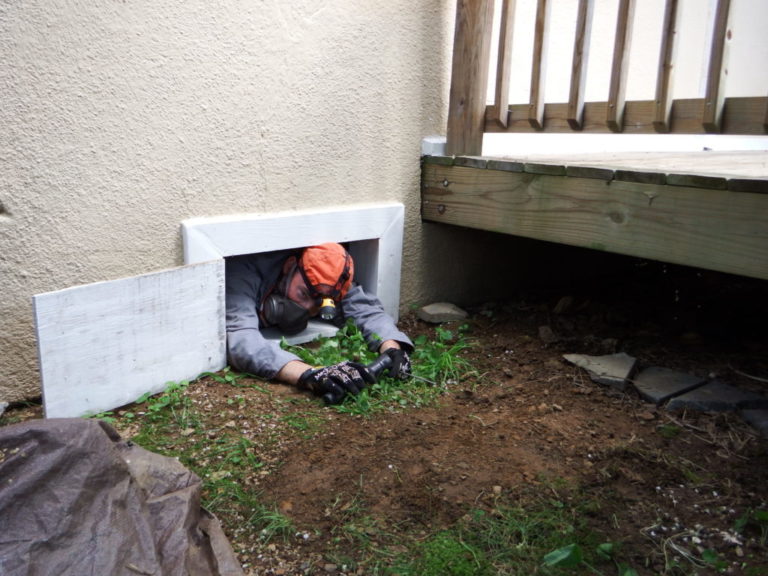 15 Reasons to Invest in a Crawl Space Inspection

One of the more common problems to run into is the problem of rodent and bug infestations. Because bugs and rodents reproduce so quickly, it’s easy to fall victim to a bug infestation if even just a few get in your crawl space.

Snakes are well-known to be able to fit in extremely cramped spaces, which is one of the reasons they proliferate under crawl spaces so easily. If you have even the smallest opening to your crawl space, it could become a home for snakes.

During nesting season, it’s common for wild animals to craft homes in people’s crawl spaces. Not only can this lead to wild animals tearing out insulation and ducting, but it can also invite larger predators.

If an animal dies under your crawl space, that animal is likely to become a skeleton after some time. Not all animal skeletons spread disease, but they all look very creepy, which is a good reason to clean them out.

There’s no such thing as mold under your house that isn’t bad for your health. In fact, all mold under your home can harm you, as even “non-toxic” mold can cause serious allergic reactions and respiratory issues.

Invasive plants are bad for the environment and bad for your home’s structure. When you catch invasive plants under your home early, you’ll be more likely to avoid serious and permanent structural damage.

If you’ve never looked under your home, you really have no idea what’s down there. If you’re especially unlucky, it could be something as crazy as a locked cabinet, which can hold all manner of unlawful items.

Mob bosses can sometimes find that a crawl space makes for the perfect place to stash money. This is unlikely for those who aren’t already involved in the mob, but it’s something that can happen nonetheless.

Did a previous homeowner stash a weapon under your home? Is your home compromised by an outside fugitive? If you find a gun in your crawl space, one of these things could certainly be true.

10. People Living Under Your Home

Every so often, police report on a case of someone sneaking into an individual’s home and living there undetected, sometimes for months at a time. If you’ve cleared your crawl space, you can make sure there’s no one living in there.

Journals are a way for people to understand more about the world, which is a very important goal. However, what if the people who owned your home were on the wrong side of history? That can be truly disturbing.

Some people who believe in the paranormal believe that ghosts tend to take up residence in crawl spaces. Because they’re rarely trafficked, crawl spaces make for a great place for a ghost to live.

What about ghosts that are larger? According to some paranormal experts, large ghosts may move into crawl spaces, where they have more room to move around, once they’ve outgrown wherever they started.


Water in crawl space after heavy rain is not normal. It’s a sign of an immediate problem with possible long-term effects that you need to worry about. Water in a crawl space can cause a lot of trouble for your home’s foundation because it causes mold to form, which will rot away at the wood structures in your crawl space and attract wood-eating pests, which will cause even more damage.