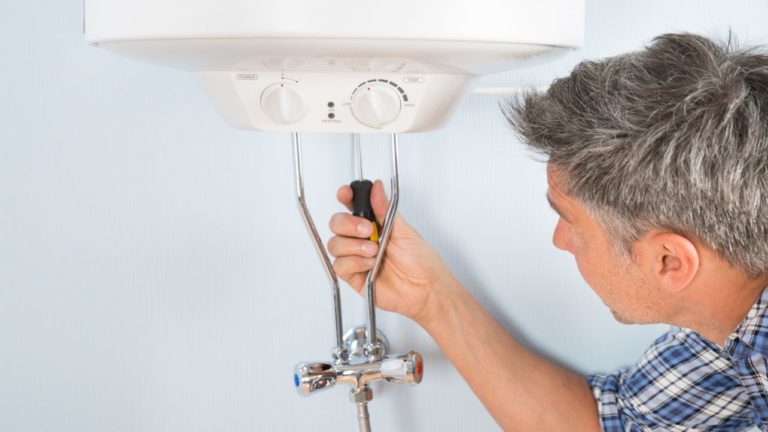 Spotting Water Leaks in the Home

Water damage can sneak up on your home before you even have time to say, “Hey, that’s a puddle.” In fact, one in 50 homeowners makes a water damage claim on their insurance every year.

In any case, you want to spot water damage quickly before it gets out of hand. Here are three signs your home has a water leak.

We mentioned puddles earlier, and it may sound obvious, but most homeowners don’t detect a leak until they’re staring at a pool of water on the floor. If you’ve ever worked in an old office building, you’ve seen coworkers roll out a bucket whenever the rain starts. That’s usually because the office has decided there’s not enough room in the budget to repair a leak.

As a homeowner, you can’t run things the same way. The thing about leaks is that they can spread and get more harmful over time. Water in the building can also lead to mold in the building. In some cases, a leaky roof that’s not addressed may partially collapse. You really don’t want to be in a house with an even partially collapsed roof. If money is really tight, you may be able to slow the leak, but that’s a short-term measure rather than a long-term solution. Don’t wait until the next rainy day to address the leak.

It’s hard to deny the presence of water if you just stepped in a puddle, but not all signs of leakage are easy to detect. Ceiling problems can be hard to spot unless you spend a lot of time staring up at the ceiling and waiting for a stain to appear. Most of us don’t do that. Most of us only spot water stains and spots if we’re lying down on the couch or in bed and happen to catch a glimpse of something that looks off.

It may feel weird, but it’s not a bad idea to walk around the house every so often and stare at the ceiling (just make sure to also watch where you’re going). Such stains are typically yellow or brown, or sometimes a mixture of the two colors. Water spots can also pop up underneath your wallpaper. In that case, look for odd spots or textures in the wall. If the wallpaper is peeling or just doesn’t look as smooth as it should, you may need to investigate or contact water leak detection services. They’ll be happy to come out and take a look. As a bonus, they can also detect leaks in your home’s slab, since those usually aren’t as obvious as leaks in walls or ceilings.

Unfortunately, strange smells can happen in a lot of houses, especially if you have kids or pets. As a parent or pet-owner, you get pretty good at figuring out the source of a strange smell. But leak-related odors are another matter.

Water damage typically smells musty and old. It’s a bit like walking into a library full of old books, only this time the library has been flooded. If you have a basement or other darkly lit space, it’s easier for water damage to hide from your eyes. But at some point or another, it’s going to make itself known to your nose. If you’re lucky, you can catch the leak before mold forms. If you aren’t as lucky, then you’ll have to ask you plumber if they can recommend any local mold remediation services.