Modern Air Conditioner and its History 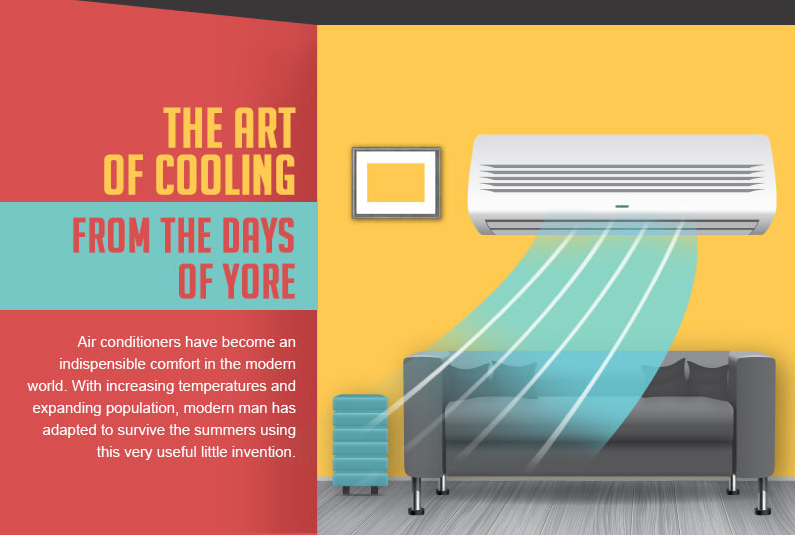 With temperatures continuing to rise across the world and summers becoming more and more unbearable with each passing year, modern man cannot imagine surviving a hot, sweltering summer without air conditioning. But did you know that man’s attempts to keep his homes cooler than the outside temperature have been going on since ancient times? However, it was only in 1902 that Willis Haviland Carrier invented the first modern air conditioner. In Ancient Egypt they used a simple form of air conditioning by hanging wet cloths in doorways to create an evaporation cooling effect. When the wind blew past such hangings, it produced a fresher breeze. For more such interesting facts about air conditioners through the ages, check out the infographic below.