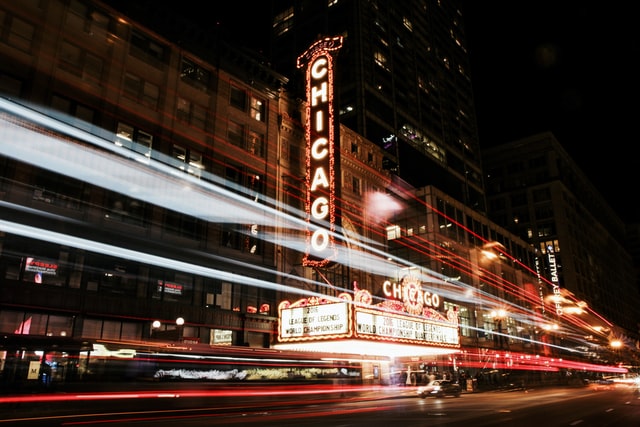 What is a Chicago Screw?

Chicago screws actually have a variety of names such as Chicago Bolts, Sex Bolts, Screw Posts, and Tree Nuts. Regardless of which name you hear, their function is the same. They are a class of fastener consisting of a “female” nut that is threaded internally, and a male “screw” that is threaded externally. Both components have a “head” that clamps material between them for secure fastening. They are typically used in various forms of belts, which are often viewed as a single item rather than a combination of metal parts and leather. When it comes to fashion, the Chicago screw takes the place of a thread sewn into the belt, allowing its wearer to switch between different belt buckles. You’ll most commonly see these screws paired with cowboy belt buckles since these are typically purchased separately from the leather part of the belt.

The applications of Chicago screws go well beyond fashion, though. Here are a few examples of how they’re used in other industries.

Chicago screws can be one of many components that make up a conveyor system. While a small part in size, a faulty screw can be all it takes to bring an entire conveyor belt to a halt. This makes them a crucial component in the automated dining experience, which has boomed in popularity in recent years. Similar to the revolving sushi restaurant system, conveyor belt dining is an automated process where customers are served via machines. It’s an extremely quick and convenient process, and its novelty is a probable factor in its popularity. While automated serving systems have been most common in Asian dining establishments thus far, this style of restaurant is becoming more varied. For example, this French restaurant has taken to serving hors d’oeuvres by conveyor belt.

This is a significantly smaller contribution, but Chicago screws can also be used in the assembly of other restaurant equipment such as knives as well as furniture.

As you can probably guess from the restaurant conveyors, Chicago screws can be used in fastening the track for a treadmill. Properly maintained and safe equipment here is even more important than in cases of food conveyors, as treadmills result in thousands of injuries per year. While these injuries are often due to carelessness or user error, the possibility of equipment malfunction is a real one and should be taken seriously.

Naturally, these screws can also be used in other fitness apparatuses requiring precision and high load bearing such as weight racks, press machines, and cycles.

Chicago screws are frequently used in equipment for screw post binding, which basically means binding thick materials together. An example of this is the common hole puncher. Without the binding of the Chicago screw, the device wouldn’t have the torque to push through piles of paper. The same goes for paper drills, which serve a similar purpose, except with much thicker reams. Without these devices, binding book manuscripts or architectural documents would be much less convenient.

These are just some areas where the extremely versatile Chicago screw can come into play. They also make a good choice for a pulley system, whether simply raising a flag or lifting a heavy object. Additional applications include assembling horse tack, securing athletic equipment, securing railing systems, and assembling store fixtures. They are available in a diverse range of materials with multiple head types and sizes. Anyone who frequently assembles equipment makes repairs, or even handyman hobbyists should have a set of these screws in their toolbox. Their wide range of applications makes them a great choice for nearly any job.